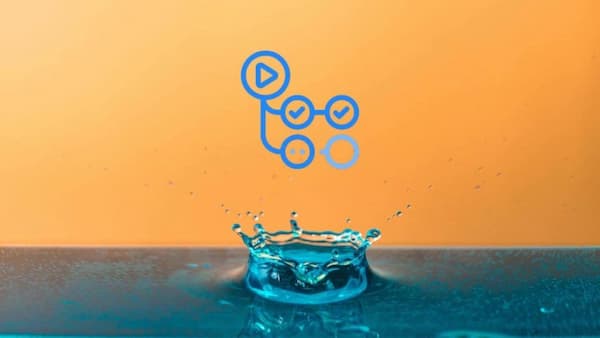 Github Actions is live now! Thus, it is the perfect time to go further with the review (see the first article) to add some more details. We will now cover some of Github Actions’ crucial functionality. This will include the following topics:

If you have ever worked with scripts and CI/CD tools you probably noticed (if not yet you will soon) that Environmental Variables play an essential role. Environmental Variables are of course supported by GitHub Actions as well. First of all, it is worth mentioning that there is a list of predefined environment variables which are really useful. Here is the table describing them:

Here is an example of the use of predefined environment variables:

Naturally, this workflow will print its name and the branch that triggered the workflow, here is the sample output:

This variable will be visible within the “Test Var” section only.

You will face an issue with how to store passwords and keys while automating any process. Obviously it is not the best decision to keep them in the source code in repos and you do not want it to be visible on the console while executing your workflow. In this regard, Github Actions used secrets to store and use sensitive data without explicitly putting them in source or YAML. You can add project specific secrets in the following way:

Check out also the screenshot below.

After secret is registered in project secrets you can use them rom your workflow in the following way:

However, if you need to store your GitHub Token in secrets you do not have to bother yourself because there is a predefined secret called “secrets.GITHUB_TOKEN” which is your personal access token. Here is the list of permissions for …

If you need a token that requires permissions that aren’t available in the GITHUB_TOKEN, you can create a personal access token and set it as a secret in your repository.

Github Action Marketplace suggests various types of developed actions for some standard use cases. The best example of such a use case is code checkout. We will need to access source code from repository pretty often, however you do not have to type git commands every time. Instead,  you may use action called “checkout”. Here is an example of how to use checkout action.

In this workflow we are calling action from the marketplace by using “uses” keyword. It is possible to define the version of the action (v1 in this specific example).

This is one example, however there are thousands of other actions used for various purposes, here are 3 of my favorite actions:

As a conclusion we can state that GitHub Actions provides a pretty convenient toolstack in terms of environmental variables and secrets. It is worth highlighting the possibility to declare and use variables in every section (or subsection) of a workflow and use or access them only within that section. What concerns secrets they provide a pretty standard and known solution. However, while using secrets you will feel that it would have been great to have a concept of “global” secrets which are persistent on all projects (e.g. docker registry login and pass). This would allow us to avoid repetition of secrets for every project. Overall the system looks nice and we will continue to review its functionality in future. We plan to review billing and pricing (as soon as it is live) and go deeper with YAML file structure and also to “play” with more complicated workflows.